Third Mainland Bridge to be closed for Six Months

The Federal Government has concluded plans to shut the Third Mainland Bridge for six months starting from Friday, July 24 2020.

This was announced Monday the 6th of July 2020 by the Federal Controller of Works in Lagos, Olukayode Popoola. The closure of the bridge will lead to an increase in traffic congestion. This will be a challenge not only to day to day commuters but also to the travel and hospitality industry trying to get back on its feet after months of closure to the covid 19 pandemic. Many travellers passing through the airport are in danger of missed flights especially considering longer airport processing times due to the covid 19 pandemic. Many airlines, travellers and major corporations will have to make contingency plans to mitigate the risk of missed flights due to the expected increase in traffic congestion. Such plans often involve choosing a hotel close to the airport complex to ensure a quick transit to the airport terminals to avoid traffic and airport queues. Many will also choose hotels close to the airport to avoid being stuck in traffic after flying into Lagos.

The Third Mainland Bridge is the longest of three bridges connecting Lagos Island to the mainland.
The bridge starts from Oworonshoki which is linked to the Apapa-Oshodi Expressway and the Lagos-Ibadan Expressway and ends at the Adeniji Adele Interchange on Lagos Island.
It was opened for use in 1990 and was the longest in Africa until 1996 when the 6th October Bridge in Cairo was completed.

Popoola explained that the work will commence on the outward mainland section of the bridge, and the ministry is working with relevant agencies to perfect traffic during the period.
According to him, consultations are ongoing for another phase of repair works to begin on the 11.8km bridge.

Recall that the bridge has gone through a series of repair works and was last shut in August 2018 for a three-day investigative maintenance check. 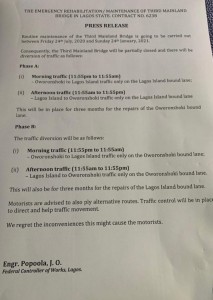 There have also been reports of some worn-out expansion joints on the structure, raising concerns over the state of the bridge.
This development will force motorists in Lagos who ply the bridge to begin making arrangements for alternative routes.

According to the Ministry, the repairs are necessary so as to avert a collapse of the bridge.

Speaking at a press conference in Lagos on Tuesday, July 8, the Controller of Works, Federal Ministry of Works, Mr. Olukayode Popoola, said the bridge was last rehabilitated in 2012 and that it is important repairs are carried out now to avert a collapse of the ever-busy bridge. 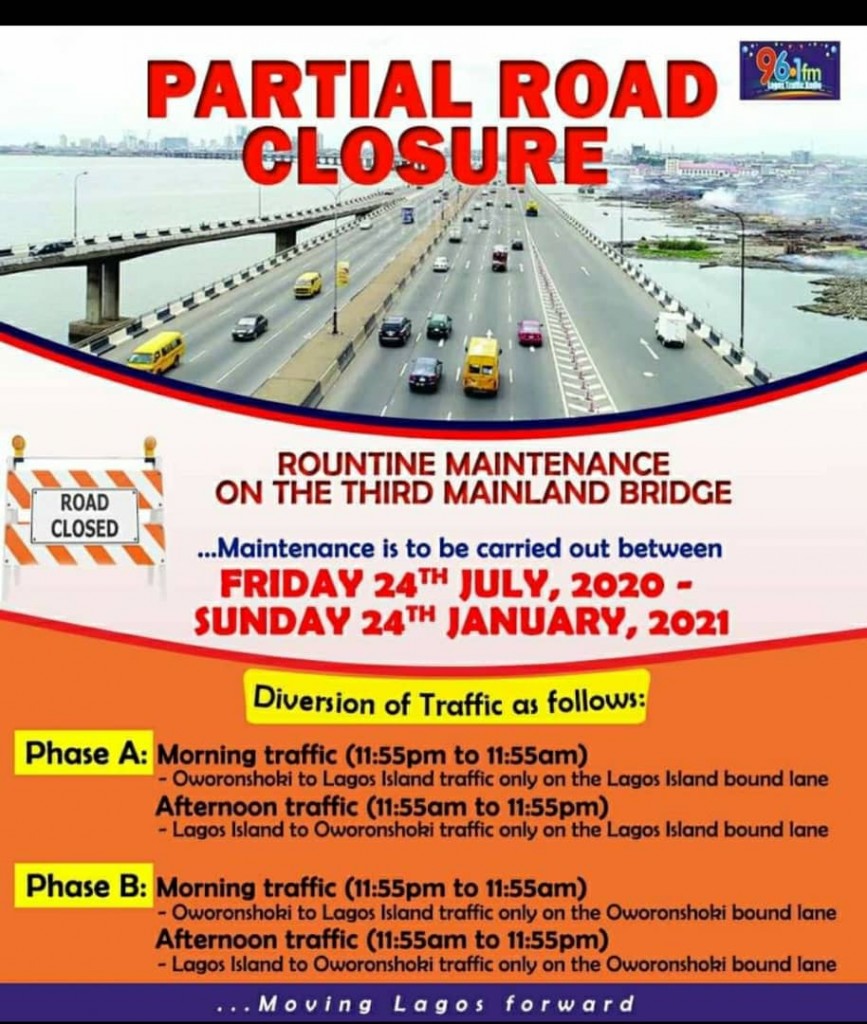 This will be in place for three months for the repairs of the Oworonsoki bound lane,” he said

Popoola said the second phase of the work would follow the same pattern and would be for another three months.

“Motorists are advised to also ply the alternative routes of Carter Bridge through Iddo to Oyingbo to join Adekunle ramp inward Oworonsoki, or from Ijora through Western Avenue to Ikorodu Road,” he said

The repairs on the bridge is expected to terminate in January. 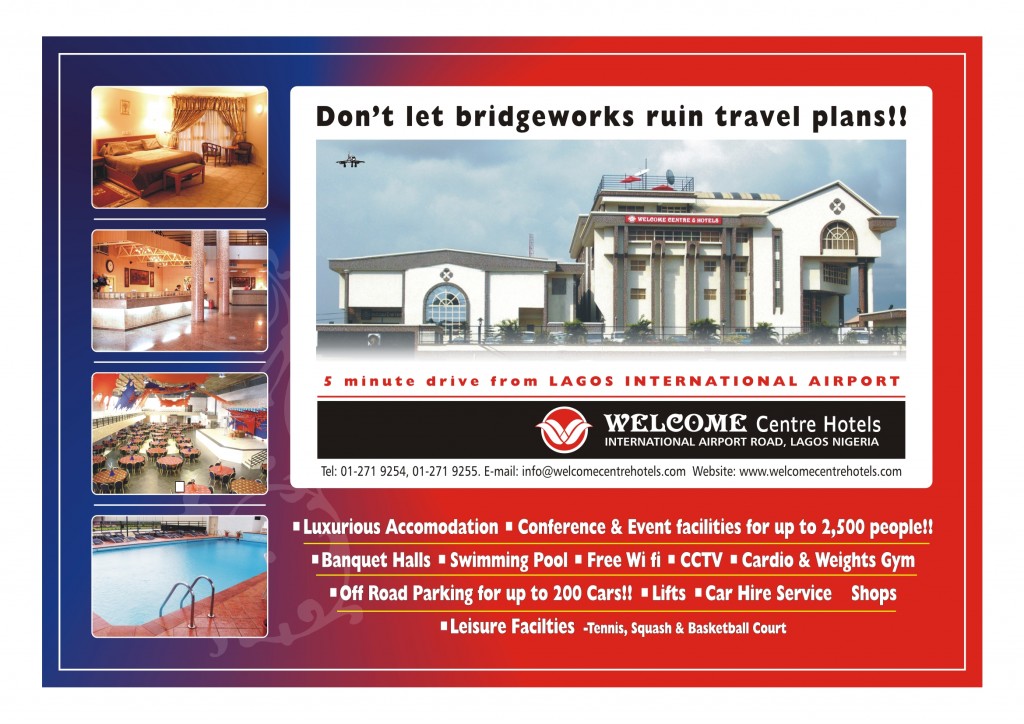 The closure of the bridge and ensuing increased traffic congestion will also affect the travel and hospitality industry. Travellers, Airlines and major companies based on the Island who need to access the airport will now have to make contingency arrangements – such as engaging hotel located close to the airport to avoid traffic and ensure their travel plans and logistics are not disrupted.

The question on the minds of many Lagosians and commentators is why didn’t the authorities take advantage of the 3-month Covid 19 lockdown to make these extensive repairs to the 3rd Mainland Bridge. Now that the city is starting to open up, commuters and travellers have to deal not only with the road works on the 3rd mainland bridge but also road works on other key routes in the city such as Eko bridge, Costain, Apapa Oshodi Expressway and many others.
Lagosians want good and safe roads for their great city, they just wish that getting their wish didn’t come with such inconvenience and stress